Developing this game is an epic quest by itself!

We still did not find a publisher able to support the cost of the remaining development. We are still looking for one and developing the game at a slow pace. We are looking forward to switch back to full time development!

We will have a booth at Taipei Game Show 2017 (January 19-20) so if you read this message before and have the opportunity: please come to see us!

﻿What happened during the last five months? 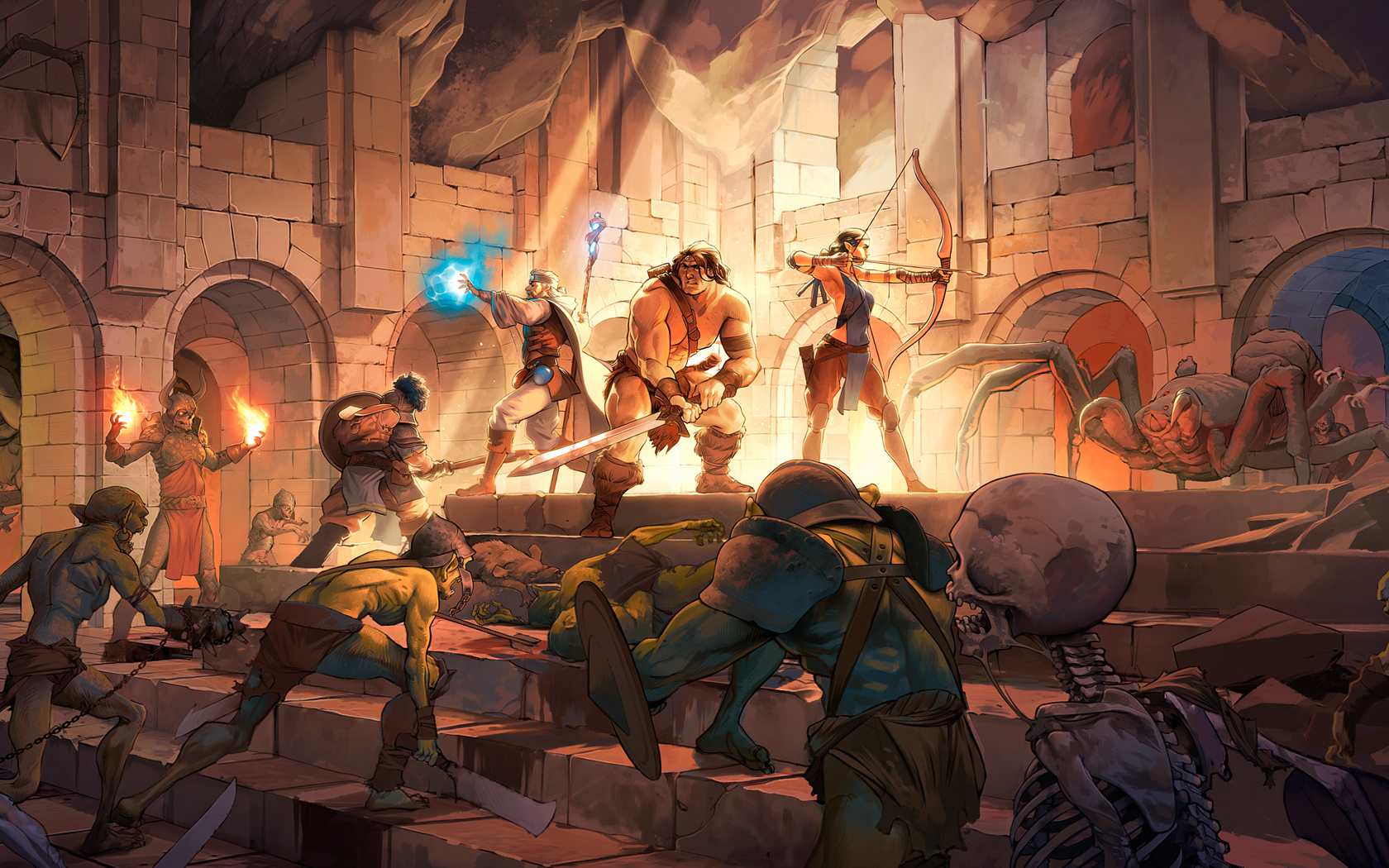 It's been a while since our last blog entry! We tend to post more news on our Twitter account, sorry for that. Let's try to summarize what happened during the last five months:

● First, yesterday (November 12, 2015) we released our first trailer (more a teaser than a trailer because a lot of things are still missing in the game, but teaser is a less attractive word than trailer ;o)). You can check it out on our media page or directly on YouTube. Please share it and "like" it as much as possible!

● Financially wise we didn't find a publisher yet. We've contacted all the possible partners we were able to think of. A certain number said they were interested. After time passed some of them has decided to pass on the opportunity and we are still discussing with the others. So nothing is done yet but we are optimistic. We hope to sort this out in the following months. Meanwhile, our development team went into economy mode: working part-time on Quest Heroes and part time on bread and butter projects. And the more we think about it, the more it seems a good idea to enter a crowdfunding platform, particularly Patreon.

● Since a long time I was hoping to work with the french artist and bande dessinée (comic) drawer Reno. His blog is full of inspiring video game and board game mockups. Look at this for example! We've contacted him to know if he would accept to collaborate with us, starting with a game cover illustration and he said "yes"! You can partially see what he's done right above this text! We can't wait to print promotional postcards with this artwork! And he's most likely going to draw also some in-game illustrations.