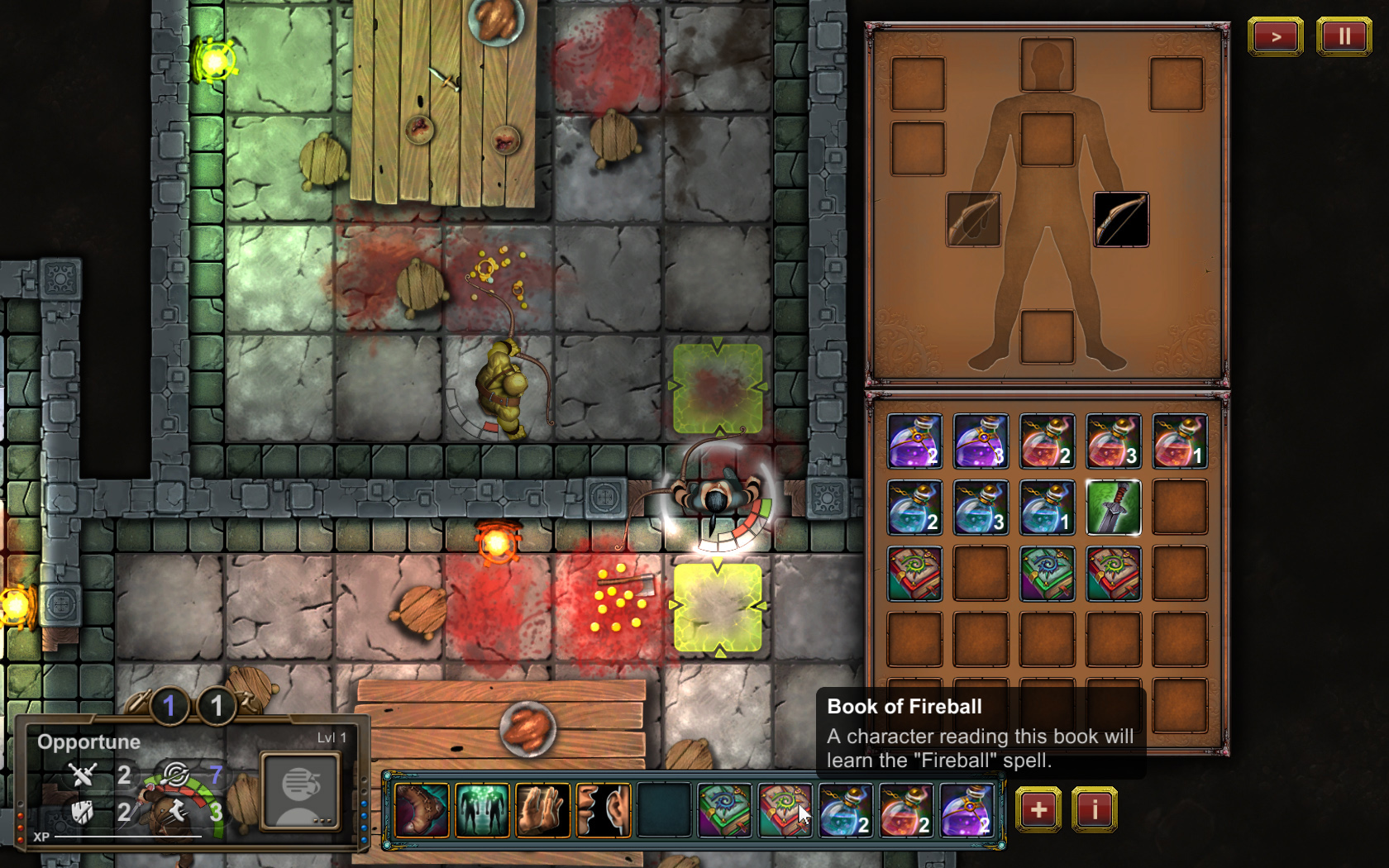 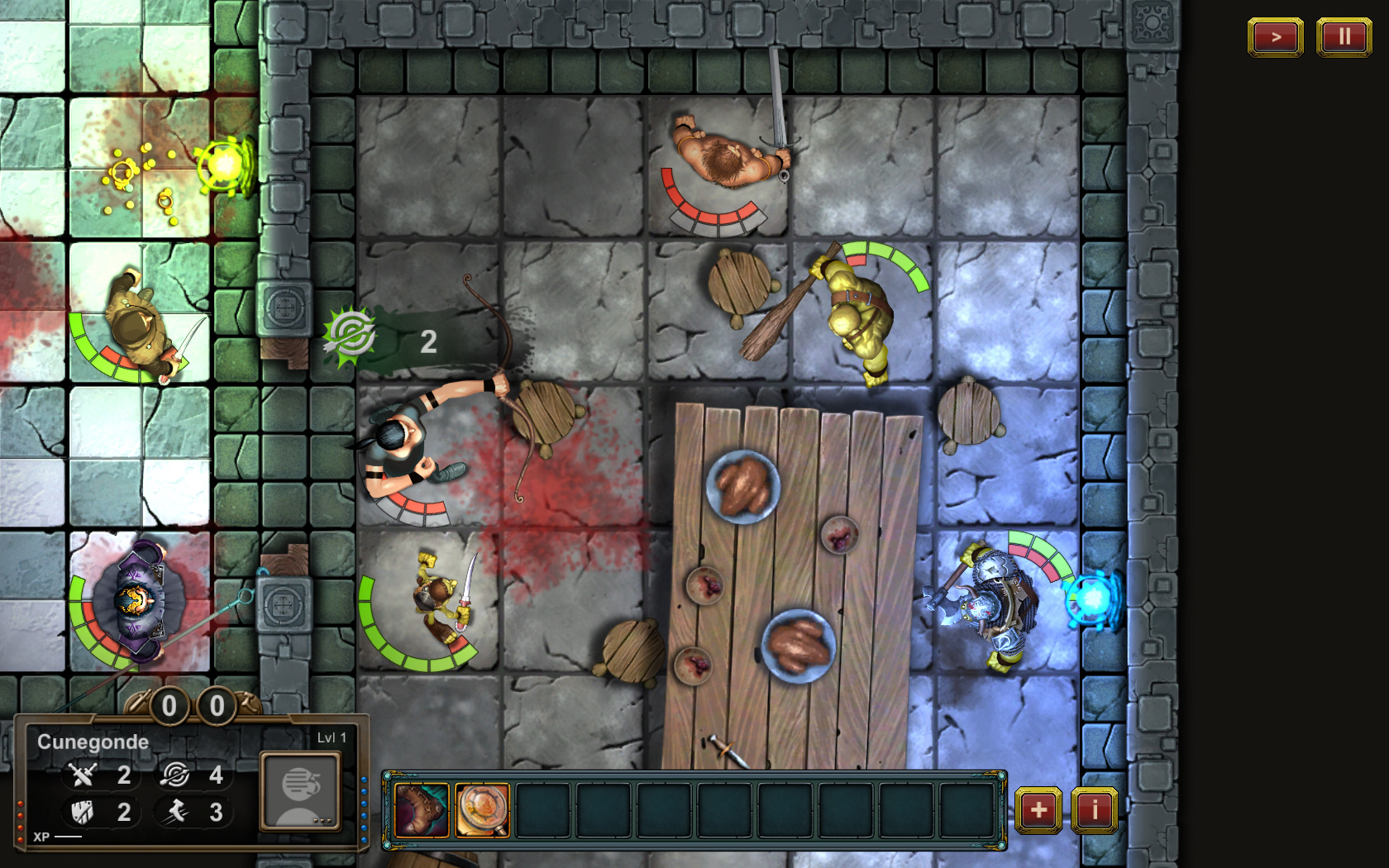 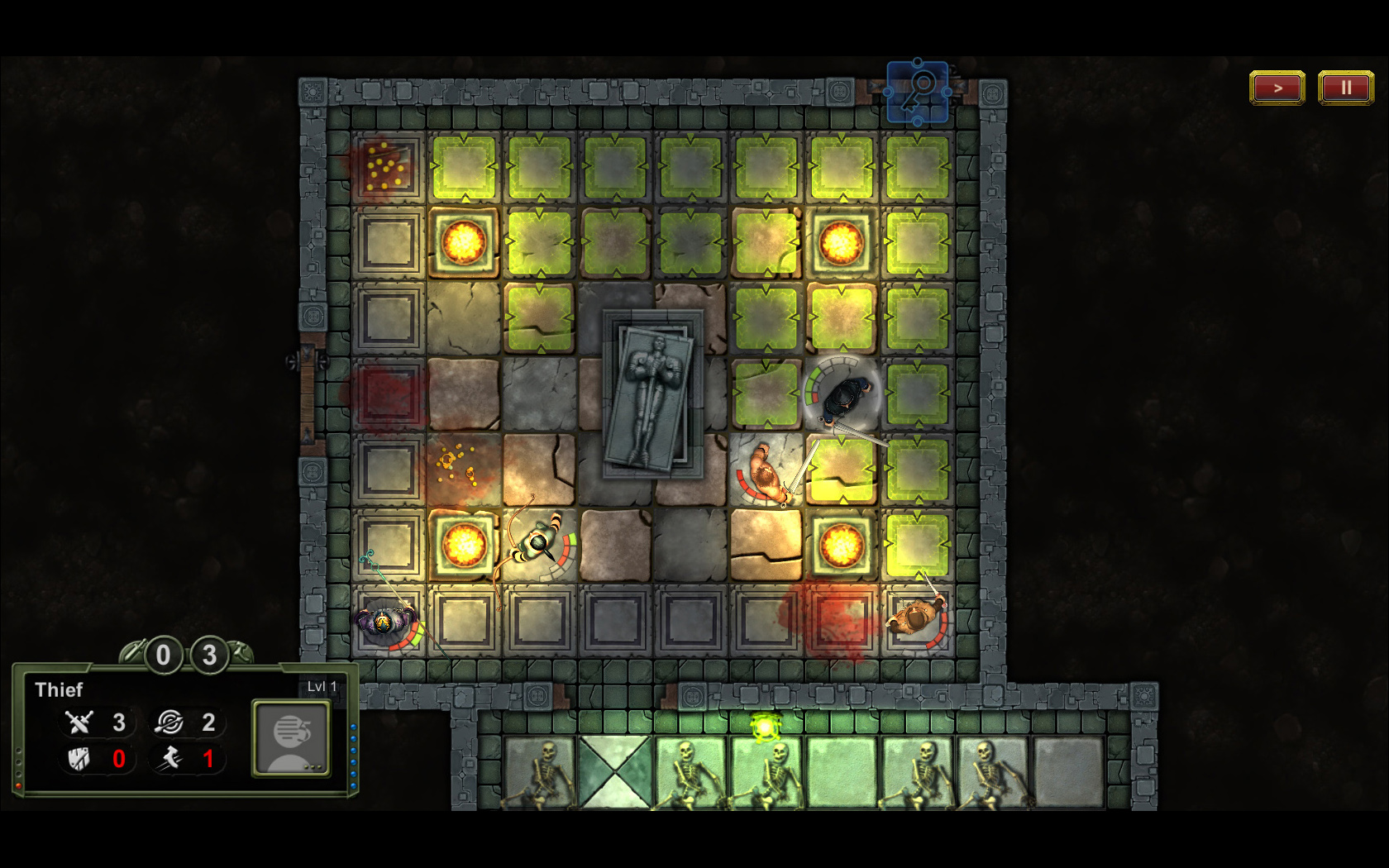 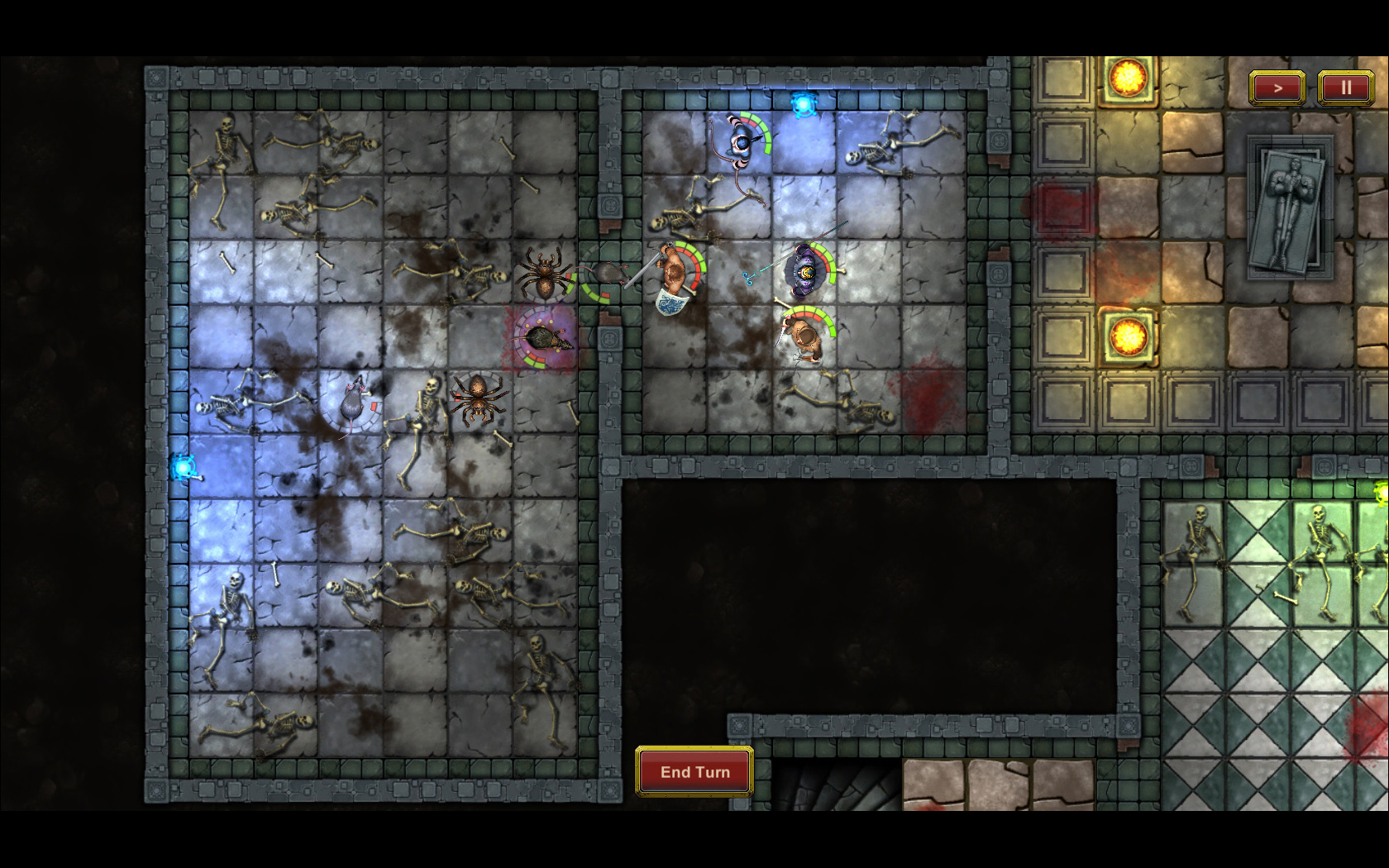 Previous Next
Welcome to Quest Heroes, where the world of epic board game adventures comes alive! Are you ready for a tactical dungeon crawler with the fun factor of a fantasy board game?
If you like what you see, please support the project by following us on Twitter:

Showing your support by following us is important: developing a game is expensive and we need a publisher to continue creating our epic video-tabletop game hybrid. And the best way to convince a publisher that Quest Heroes can succeed is to show them how many people can't wait to get their hands on it! If you don't already have a Twitter account, what better time to create one? But if you'd rather not, there's always our Facebook page. And if you are not much into social networks, you can suscribe and leave a message on our forum!

CORE FEATURES
● A rule set totally compatible with real life board-gaming. We will release a free print-and-play version at a later stage of the development process. ● A not-so-serious medieval fantasy world in which, for instance, the mayors are exploiting zombies to clean out their sewers and sending adventurers to teach them a lesson when they go on strike (even the dead feel entitled to at least one day off per week). ● You manage a pool of heroes: before each quest, you select the members of the party. ● Ultimate party-building freedom. If you'd rather have an adventuring party made up of three wizards and a thief instead of the traditional warrior-archer-dwarf-wizard combo, then go for it! It's totally up to you. ● No frustrating class-based gear limitations. Characters can equip and use any weapon or equipment as soon as they have the required stats, regardless of their class. ● Permadeath. However, there are resurrection scrolls (extremely rare, and usable only right after the death) and you can pick up a dead character's gear, so nothing is ever completely lost. ● Heaps of magic, monsters, missions, skills and items... indeed. ● Randomly generated quests. ● Multiplatform: Windows, Mac OS, Android, iOS.